Sometimes in the tech field, we can get so caught up in “what’s new” that we lose sight of the importance of “what’s practical.” The coolest new digital hacks are interesting but when it comes to information security, longevity and popularity of attacks relevant to your industry are what awareness campaigns are built on. The massive amounts of financial damage caused by social engineering attack vectors is hard to grasp because there is no before and after image of a bank vault being emptied. The lack of tangible and easy to see stacks-of-money to show the various types of loss generated from such attacks (loss of confidence, loss of market shares, cost of litigation, etc) makes it easier to focus on the flashy news headlines without understanding the sheer size of the damage caused by SE tactics. 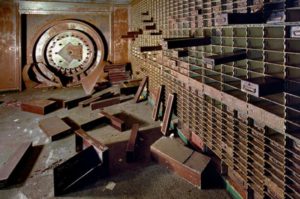 It all comes down to the fact that SE is simple and it works, which means that criminals, hacktivists, and even state-sponsored groups are all more than happy to exploit this vector to get their foot in the door of your organization. To give you that concrete picture in your mind we’ve put together a list of some of the hacks in 2014 made possible by use of social tactics like phishing, vishing, and impersonation:

In looking through these hacks, three things stand out in particular. First, general SE attacks like mass phishing campaigns are still working well enough to get past technical walls designed to keep them out. Second, SE attacks are getting more personal through sophisticated spear-phishing attacks which target people based on OSI and/or vishing. And lastly, social engineering appears to be the preferred method of malicious attackers as the first step to gaining access to your organization. Because of this, more and more pentesters are incorporating SE into their security audits or pentesting, and a variety of products exist to help pentesters understand and exploit these vulnerabilities. In addition, more companies are seeing the need for not only this kind of real-world testing but also realistic policies to keep the SE attack-door closed (or at least monitored).

It’s a new year and yes, there will be new hacks discovered, but the classic reliability of SE as the method for initiating a hack isn’t going anywhere. Given all that, as far as New Year’s resolutions go, you can’t go wrong with brushing up on the principles of influence and tactics of elicitation found right here on Social-Engineer.org. You can download the podcasts and listen to them as you head into work, sign up for the Newsletter to be delivered right to your in-box, or use the nifty search function on this site to find specific SE topics in the Framework or a blog post. Make a resolution to get involved and learn more through our LinkedIn group or Twitter feed. Be part of the conversation and part of the solution in 2015. We look forward to hearing from you.