For the last couple months we have had a survey on the website that asked our visitors to tell us if they think they believe someone can be influenced without the use of deception.  This question is not as simple as it seems.

Just a couple months ago we asked a similar question, “Does Social Engineering Always Involve Deception?“, and the answer was a resounding YES.  Over 60% of the people polled, felt that social engineering and deception go hand in hand.  It didn’t end there… Our resident jokester, Dave Kennedy a.k.a Rel1k, decided to argue with us about how he feels that deception is not needed in social engineering.

While he has continually lost that battle, he decided to join forces with Johnny Long and DualCore in making an argument at Shmoo Con that changes the question quite a bit.  They presented the question, “Is it possible to influence someone to take an action not with in their best interest with out the use of deception?”

This question does change the game a bit.  Instead of classifying all social engineering into one lump; this asks if it is at all possible to make someone do something not really good for them and not have to use deception to do it.

Lets take a look at some of the ideas people came up with in regards to examples that prove this is possible:

And the most popular answer of all:

Is this how many people really think?  Lets first take a look.  This survey covered mostly America but lets take a look at the stats on where our voters came from: 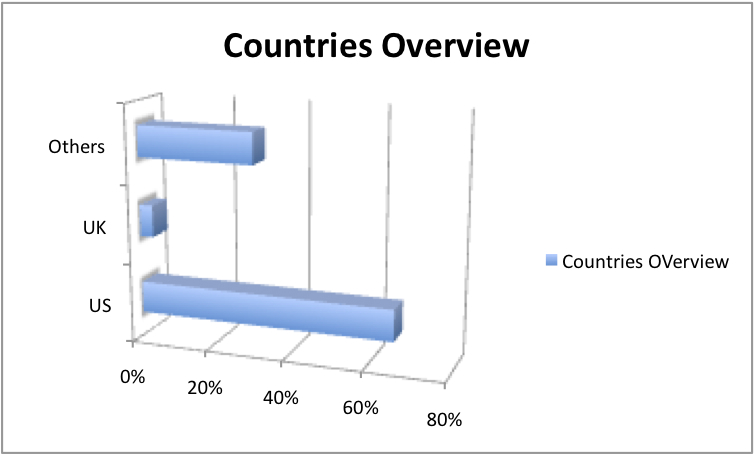 The “Other” category included countries like, Belize, Austria, Phillipines, Saudi Arabia, India, Brazil, Spain and Greece, as well as about 15 others.  How did these thousands of votes tally up? 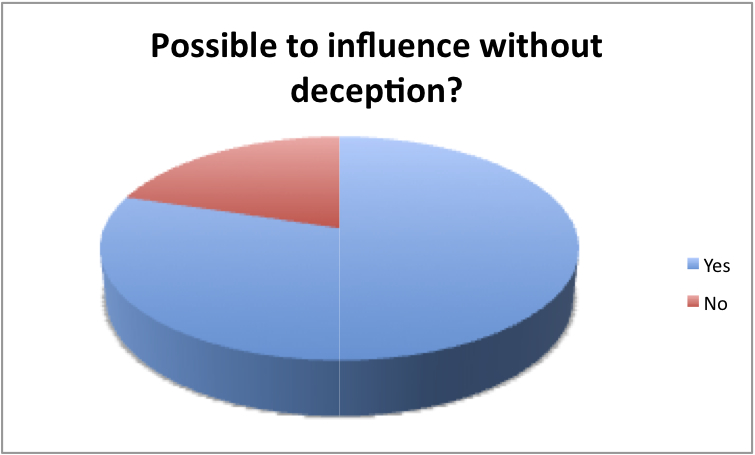 Yes so it seems that now 80% of the voters feel that it is very possible, even probable to influence someone to take an action not in their best interest without the use of deception.  To tell you the truth, all joking aside, it makes sense that this answer would be an 80/20 split.  There are many ways we can think of that someone can be influenced without the use of deception.

This was a great survey that we let go on for a few months just to make sure we had conclusive evidence to go one way or another.  We look forward to many surveys.  If you have an idea you would like see as a survey send an email to [email protected]

Thanks and till next time.