I’ve Got A Bridge I’d Like To Sell You 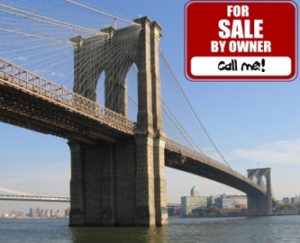 Sometimes it’s easy to forget that social engineering cons can be used to do more than just break in to your corporate network or for money-wiring scams. Many times, it can involve theft of actual property. One of the earliest documented cases centered around George C. Parker. Back at the start of the twentieth century, George sold unsuspecting people New York City landmarks such as Madison Square Garden, the Metropolitan Museum of Art, and the Brooklyn Bridge. He didn’t do this just once; he repeatedly duped folks into purchasing these properties multiple times over the years. His pretexts included tactics such as showing “official” paperwork or opening a real estate office that looked legitimate, and when inquisitive buyers questioned why he was selling, he’d give them a woeful tale of the tax burden he was under. Potential buyers were also intrigued when he mentioned the idea that the new owners could install toll booths and start making money from pedestrians and vehicles wanting to use the bridge. Time and time again folks fell for his smooth-talking ways, until he was finally convicted to a life sentence at Sing Sing Prison.

That wouldn’t work today would it?

Fast forward to modern times, and one would think these scams would be long gone. Unfortunately, fraudsters have taken a different tack, where they are actually obtaining the property illegally, then selling it with official documents to unsuspecting buyers. Back in 2008 the New York Daily News showed how easy this was by “stealing” the Empire State Building. The Daily News did this “by drawing up a batch of bogus documents, making a fake notary stamp and filing paperwork with the city to transfer the deed to the property.” Within 90 minutes of filing the paperwork with the city, the deed was transferred to the new owners with no questions asked. They quickly pointed out what they’d done, and returned the building to the rightful owners. You might think that this stunt would’ve brought changes to the handling of deed transfers, but sadly not much has changed to this day.

Stealing such notorious monuments wouldn’t be hidden for long, so many con artists are committing deed fraud against much smaller targets. Hillary Kerman’s house was stolen after a con artist forged documents saying she sold the house to him. The fraudster gained a legal deed, then quickly “flipped” the house to a legitimate buyer. Returning to her property one day, Kerman discovered her belongings had been tossed and the house had been gutted. It was so easy to pull off the heist, especially since clerks filing the paperwork didn’t even notice that the names on the forged document didn’t match that of the owner. It’s going to cost her thousands of dollars and possibly years in court to hopefully get her property back.

While many stories of deed fraud are stemming from the NYC area, it’s affecting home owners all over the world. Deborah Maxwell, from Kansas City, had her house taken away in a similar fashion. It took her over two years to get her property back. In Detroit, a woman was able to illegally take over the property of a (newly) deceased home owner by filing forged documents. In this case, the notary who attested to the legitimacy of the documents was in on the scam as well. Luckily an alert neighbor of the deceased noticed the transfer occurred, then notified authorities who were able to apprehend the criminals. In the U.K. a mother/daughter con team assumed the identity of a recently deceased property owner, took control of the deed, and were able to take out a second mortgage of £1.2 million against it. The duo is now in jail, but the money was never recovered.

In all of these cases, the swindlers were able to convince others that they were legitimately entitled to claim the deed, then do with it as they saw fit. In this digital age, most county clerk’s offices are relying on easily forged notary seals to verify the legitimacy of the transaction. Couple that with understaffing/underfunding, lack of training on the issue, and a lack of checks and balances; and you’ve got the perfect environment where this fraud will continue.

As a property owner, one of the ways to help reduce the risk is to check your property records often to ensure false liens or transfers have not been posted. Write to your local government and encourage them to implement checks and balances like New York City’s ACRIS system, which will alert property owners if any document is recorded against their property.

As a property buyer, always always make sure you’ve gotten title insurance on the transaction, and be prepared to walk away from a sale where it’s discouraged. You may even want to do a little research and see if the previous property owner was deceased and take a look at that title transfer to see if anything odd sticks out. And in the end, if the deal just seems too good to be true, it probably is.