The Power and Influence of Social Media

Foursquare check-in at the coffee shop. Let’s get on Yelp! and find a good Mexican restaurant. I just got 7 new “Friend” requests after last nights party. Is there anyone who hasn’t used some sort of social media in the past month? Anyone? And as a counselor, my next question is, How does that make you feel? Based on the sheer pervasiveness of social media in our lives, your immediate emotional response may range from mild irritation to outright contempt, but if you’re like a lot of people, you may already be jonesing to log in to your Facebook account to see your friends latest status updates (unless you have that page already loaded on another tab in your browser). I came up in tech, but I still remember a time when “social” meant spending time actually being around living, breathing humans. Now being online is such a big part of our identities that many feel a greater connectedness to the virtual world than real life. 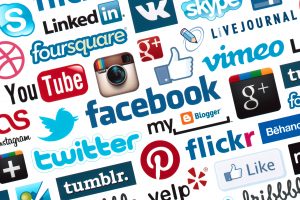 Everyone gets the human side of social media – so what?

People spend a lot of time putting a lot of themselves on the Internet. So much, in fact, that we talk specifically about using social media for gathering information in our 5-Day Social Engineering course. In addition to creating attack vectors through information for malicious social engineers, here’s something else to think about. As much as we can live without some consequence in our virtual lives, it’s important to remember that social media is an extremely powerful avenue to create influence in the real world. Until we’re letting Skynet do all the thinking, there are still humans sitting at monitors making decisions about life, love, and money.

I make my own decisions right? Right!?

We make decisions based on a lot of factors. We’d probably all like to think we do it in an intelligent and thoughtful fashion after weighing all the facts. Sometimes this is true. Other times, we are swayed by the power of those around us. We get pressure from friends and family to continue our education. We are bombarded with the products used and preferred by prominent people. And…we see what others said on Yelp!, Facebook, YouTube, etc. to help us form our opinions on many aspects of human life.

None of us can deny that humans are social creatures. Because of this, we are hardwired to want and need to belong. Being human and surviving through the ages as a species was best supported by being part of the tribe. What happened to the guy who wandered off on his own? He died alone…or at the very least, he put himself at greater risk of not successfully reproducing and perpetuating his genes. So instead of blaming teens for caving to peer pressure or calling people stupid for brainlessly following the crowd, understand that this is instinctive survival behavior.

Recent research indicates that having a good reputation on social media is processed in the same part of the brain that processes any sort of reward (e.g., food). This, in turn, impacted the intensity by which the study participants reported interacting with social media. From this, one can extrapolate a few concepts. First, that of validation. We want to feel accepted by our tribe. Having a good reputation on social media is tremendously validating; your opinions and feelings are acknowledged by the sheer numbers of the Internet. This research certainly supports the notion that our response to validation (through reputation) is hardwired. Second, we know from basic psychology that any behavior that is rewarded is likely to be repeated. Since this research has specifically linked social gains to the intensity of social media use, this becomes a very obvious vehicle in its use for influence.

Another application of social media to influence is the concept of social proof. We often look to others, especially in ambiguous situations, to help us make decisions. Again, this goes back to being a part of the tribe (so we don’t die). There was a very interesting article in CNN Money which reported on the use of social media by some companies to determine whether or not you were a financial risk. How did they do it? By snooping social media profiles and determining whether people’s friends were delinquent or whether there were other red flags in their connections that indicated they were less than trustworthy. Creepy, but a great example of how institutions (which again, are made of people) use social proof for their decision-making.

What does this mean for the intelligent social engineer?

Regardless of how you personally feel about social media, understanding its value as a vehicle for influencing people in the meatspace is just one more tool for your consideration. This, along with the proper employment of good social engineering techniques, can make you an educated presence both on and offline.

Conversely, you should also be aware that if you are a social media user, the interactions you take part in and the observations you make can have an impact on your decision-making and view of the world. It’s natural to want to belong. Forewarned is forearmed.