How Smart Do You Feel? 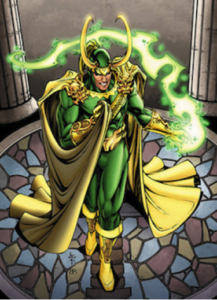 It’s time for a little soul-searching, folks. How would you rate yourself in your ability to determine how other people are feeling? How about in adjusting your behavior to the social environment?  The concept of emotional intelligence (EI) is generally defined as a person’s ability to determine, understand, and respond to the emotional states of one’s self and others. You may have also heard of the term “emotional quotient” (EQ); if you want more information on this topic there is a brief article here on About.Com’s psychology page.  Most of you know EI as “people skills” and being high in this quality is generally associated with positive relationships and pro-social behavior.

Emotional intelligence has been a very interesting and hotly-debated topic for decades. The concept really took off in in the popular press when Dr. Daniel Goleman published Emotional Intelligence: Why it Can Matter More Than IQ in 1995. Psychologists and educators touted EI as the panacea for our societal ills.  It’s a great concept. If you’ve ever had a grave misunderstanding with a friend or significant other that involved how the other was feeling (and if you haven’t, you don’t need to read any further), you totally get it.

I recently read a great article by Dr. Adam Grant that provided a nice balance to a lot of past research and a different way to think about EI. In case you’re wondering, there is still debate about whether EI is something we’re born with, or is a quality that can be cultivated and improved. Regardless of what you might believe; however, social science is starting to study the relationship between EI and manipulative behavior. For example, this study by Côté et al. published in Psychological Science found that people who are high in Machiavellianism and EI are more likely to have used their ability to mistreat co-workers. In short, this supports the idea that as people’s EI increases, so does their ability at manipulating others. People high in EI are very aware of what others are feeling and exactly how they need to act in order to affect their target’s behavior. High EI isn’t just associated with charismatic and successful philanthropists, it is also associated with the villains in our lives.

An easy example is the character Loki from Norse mythology and the Thor graphic novels and movies.  Loki is most often portrayed as the classic trickster. Instead of being of the highest intellect or having super strength, he usually achieves his goals through the manipulation of others. He won’t punch you in the face; he’ll fool someone else into punching you for him. As chance would have it, you and the guy who punched you will both be crying as this occurs.

There’s your quick lessons in psychology and pop culture, but since this is a newsletter about social engineering; let’s talk about some implications.

First, I’m sure any practitioners out there have realized very quickly that social engineering isn’t just about fast talking.  Being an excellent social engineer is very much about your ability to connect with people on a human level – to quickly develop rapport. If you can’t do that, you certainly aren’t going to get someone to trust you enough to let you in the door. There are lots of techniques that we talk about in our training that help in the development of rapport. Before you even get into techniques, you need to be able to decipher the other person and to connect, you need to know yourself to make those adjustments.  That’s the essence of EI. What is the other person feeling? How are you feeling and how does that come across? Many times, our conflicts and inability to communicate are tied less to the actual facts, but more to emotions that may not even be directly about the event at hand. It’s taken me time and hard experience to come to the realization that sometimes I’m yelling at my cat because I’m mad at my boss (just an example, of course…). Now, I hardly ever get mad at my cat unless she purposely goes for my legs at the top of the stairs in an attempt to assassinate me.

The second implication for social engineering has to do with the Dr. Jekyll/Mr. Hyde effect I referenced earlier. Being high in EI can reap many benefits. You’ll be naturally engaging, so you have the potential to have a great deal of positive influence in the lives of others, but beware and be aware. We now have support that it’s inaccurate to assume that you’re simply a force for good if you have high EI. If you have, say “questionable” intent, this puts you in danger of crossing over to the dark side and using those powers for your own ends.  In the end, EI isn’t anything else besides a tool that social engineers should be aware of and use judiciously. Researcher Yuki Nozaki put it best; “Trait emotional intelligence itself is neither positive nor negative, but it can facilitate interpersonal behaviors for achieving goals.”

Our regular followers will find this very familiar ground. We talk and write extensively about the importance of intent in social engineering. Sure, you can absolutely get someone to comply with your wishes through threat and intimidation, but as a security professional (and human), it’s just not a great idea if you’re interested in a long-term relationship. People resent being manipulated and will remember that feeling long after any benefits of being shown their security vulnerabilities wear off. For more of our take on the difference between influence and manipulation, please check out our blog on that topic.

Consider the concept of emotional intelligence. For many of us, it will take a little extra effort and attention, but I believe that both your security practice and relationships will only get better as a result. Remember, it’s really humans that will keep assets secure; not technology. Stay safe.