Scam artists engage in fraudulent or deceptive actions to defraud others. Scams have come to refer to a specific type of fraud that is characterized by widely dispersed initial approaches to people not known to the scammer. A common method used is known as Mass-Marketing Fraud.

Romance scams are the most frequently reported MMF in Western countries. In 2018 Sentinel received reports of over 21,000 romance scams and people reported losing a total of $143 million – more than any other consumer fraud type. In 2019 the Department of Justice made public indictments and charges against 80 men accused of stealing millions of dollars through online fraud including romance and business email compromise scams. One of the romance scam victims identified in the indictment only as ‘F.K’ thought she was communicating with a U.S. Army captain stationed in Syria. ‘F.K.’ ended up giving the scammer $200,000 and is facing bankruptcy.

Advance fee frauds require a payment up-front, in advance of receiving any of the promised proceeds before the deal can go through. The advance payment maybe described as a tax, commission or minor expense that will be reimbursed later. Advance fee frauds may involve, lottery winnings, work at home schemes, romance scams, or the offering of investments.

Facebook Lottery Scam
This lottery scam with a social media angle starts when the potential victim is contacted through their Facebook account by a person claiming to be a Facebook employee advising that they have won the $7.5 million “Facebook Lottery”. They are then instructed to pay a “fee” to release the money. Next, they are sent a Facebook-branded credit card and are told the card will become active once an additional $7,500 is paid on top of the previous fees. 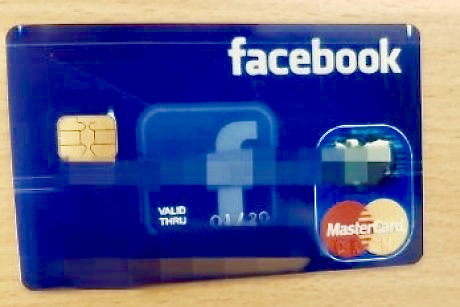 Work at Home Scam
The flexibility of working from home is very appealing and may cause some to set aside good judgement in the desire to obtain it. That was not the case for Mr. Lorenz, he saw the red flags and acted accordingly. Here’s what happened. Mr. Lorenz was hired by Va Bok to be one of their procurement officers, sourcing materials for the company. After a two-week trial period he would be given a company credit card. Until then he was to use his own credit card and Va Bok would reimburse him. Va Bok set up their own checking account, put money in it and linked it to Mr. Lorenz’ credit card to pay off his first purchase – a $50 Best Buy gift card. This was a huge red flag for Mr. Lorenz, “I knew immediately that it was a scam because there’s no need to buy gift cards for individuals or companies in Europe.” Va Bok paid this first expense of $50, to establish trust. Mr. Lorenz was then instructed to max out all of his credit cards purchasing gift cards. Mr. Lorenz cut all ties with Va Bok and fortunately did not lose any money.

Some mass-marketing fraud schemes involve phishing, vishing and impersonation to dupe potential victims into providing their financial account information. Once obtained, the perpetrator now has access to those accounts and can charge goods to victims account or siphon off their funds. Obtaining financial information also gives the perpetrator the means to commit identity fraud.

Pump and Dump
In this scam fraudulent information is spread to cause dramatic price increases (the “pump”), then stock holdings are immediately sold (the “dump”) to realize profits before the stock price returns to its usual level. Stock buyers who are unaware of the fraudulent information become victims of the scheme once the price falls.

Pyramid Scheme
According to the U.S. Securities and Exchange Commissions, in the classic “pyramid” scheme, participants attempt to make money solely by recruiting new participants into the program. The hallmark of these schemes is the promise of sky-high returns in a short period of time for doing nothing other than handing over your money and getting others to do the same. Related to the pyramid scheme is the ponzi scheme. An example of a cryptocurrency ponzi scheme can be found here.

ICO Pump and Dump
The Security Exchange Commissions (SEC) issued a warning in 2017 regarding companies that promote an upcoming Initial Coin Offering (ICO) to boost the price of their shares (the pump) and cash out (the dump) when victims buy in. The SEC issued trading suspensions on the common stock of First Bitcoin Capital Corp, CIAO Group, Strategic Global, and Sunshine Capital for claims made regarding their investments in ICOs or touted coin/token related news.

The assumption might be that a person gets scammed because they know very little about the content of the scam. However, a study done in the UK discovered that “scam victims often have a better than average knowledge in the area of the scam content. For example, it seems that people who have experience with playing legitimate lotteries are more likely to fall for a scam in this area.” The UK study is recommended reading for all that have an interest in understanding why and how these sorts of scams work.

What You Can Do

The Justice Department recommends these basic steps to reduce the risk of falling victim to Mass-Marketing Fraud:

If you have become a victim of a scam artist via Mass-Marketing Fraud, contact your local law enforcement oﬃce to file a police report. You can also file a report with your local District Attorney’s Office, your state’s Attorney General’s Office and with the FBI.