People are more prone to be influenced by things or people that they like. Since liking has such a fundamental impact on interpersonal relationships it is often used as a powerful tool for a social engineer.

The concept of how to be liked is very difficult to answer directly. This fundamental problem is an issue for many, from a student starting a new school to a politician running for office to a salesperson trying to sell his wares. There is no single answer for this question, and each target will respond differently. However there are a few traits that are nearly universal.

People like what is aesthetically pleasing. This ranges from physical attractiveness to product design. The phrase, “Beauty is in the eye of the beholder” rings true here. Understanding what your target finds physically appealing can be a challenge. Visually pleasing items are items that people don’t dismiss out of hand, and normally want to interact with more than they otherwise would need to. 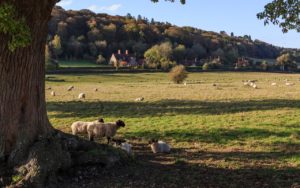 This desire to produce visually pleasing products can be demonstrated by the changes in user interface design on personal computers. Much care has been taken in recent time to produce a user experience that is pleasing to increase the amount of time a user will spent with the product. Web design, industrial engineering, and logo design are all examples of how much capital industry will invest in producing aesthetically pleasing products, as it affects the number of sales.

As an exercise use this Google search  and see how many sites there are to describe how to make your home, your hair, your website visually appealing. A social engineer can use this knowledge in conducting an attack by utilizing information gathered on the target to use aesthetically pleasing material in interaction with the target.

Liking What is Familiar

People like what is familiar to them. New things make the majority of people feel uncomfortable, which leads to the target wanting to withdrawal from the situation. This can be demonstrated by the common phrase “just like mother used to make”, where as one associates quality food with food that was consumed early in life, and thus familiar to them. This can be taken advantage of by a social engineer by using information gathered to use concepts, language, and appearance that would be familiar to the target. (See Pretexting)

When engaging without a target, when appropriate it is useful for a social engineer to start the conversation with a simple compliment and a question (i.e. those are nice shoes, where did you buy them?) as a way to starting a conversation. Studies have been conducted and opinions expressed that too much positive reinforcement can have a negative effect. To combat this, use good questions, positive reinforcement backed up by a question. This method will reinforce positive behavior or attitudes but will also make the person happy as they are asked about themselves.

A clip from an interview with Nicholas Boothman. Original source: YouTube.

In his book “How To Make People Like You in 90 Seconds or Less”, author Nicholas Boothman outlines 4 steps showing how to make people appreciate and like you.

As you become adept in these 4 areas, you will find that you can quickly establish rapport with anyone.